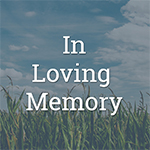 Boris was born in New York City and a resident of Cinnaminson since 1960.

Boris served in the 76th division in the weapons and rifle platoons and earned the expert infantryman’s badge.  He volunteered for combat duty despite being blind in one eye and served as a platoon sergeant during World War 2. Decorated with bronze star for heroic achievement at Nevhaus Sang Germany when he single handily knocked out a Tiger tank and was wounded at Schmitten Germany on March 30th 1945, receiving the Purple Heart.

Graduated from Hunter college, NYC and worked as a chemist for Borden, Thiokal, and Pecora Corporations. He was instrumental in the formulation of Borden’s famous White Glue.