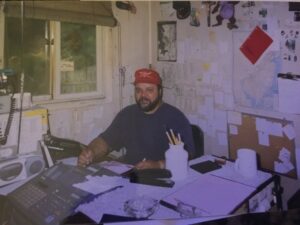 David Albertus Pierce, 69, passed away on Wednesday, August 10, 2022, at Shore Memorial Hospital after an extended illness. David was born on July 6, 1953, in Vineland, where he was a lifelong resident.

David graduated from Vineland High School in 1971. He worked for both Tillotta’s and Rental City before starting his own businesses, including a cab company and auto mechanic shop. David was also the owner of a dirt modified race car that he enjoyed watching his son race. In his spare time, he enjoyed camping with his family and watching NASCAR.

David was preceded in death by his parents, James and Katharine Pierce, and his sister, Katharine P. Craft. He will be lovingly missed by his sweetheart, Karen Wolf; his sons, David Pierce of Bridgeton, and Robert Pierce and his wife, Nalyn Pierce, of Vineland and grandchildren, Savannah and Sawyer. He will also be missed by his brothers, James Robert “Bobby” Pierce Jr. and his wife, Kathy, of Austin, Texas, and Brian Pierce of Vineland, as well as many other family members, including nieces, nephews and cousins.

A memorial to celebrate David’s life will be held in the future when all of the family can be together.