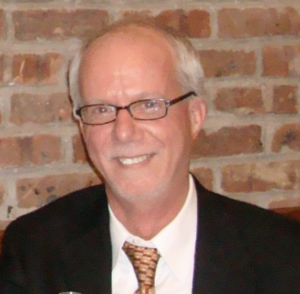 George Edward “Geo” Blindt Jr., 69, passed away peacefully on November 28, 2022.   Geo was born on November 29, 1952 in Elizabeth, NJ to Beatrice and George Blindt Sr.  He was a 1971 graduate of Governor Livingston High School in Berkeley Heights, NJ and later moved permanently to the Jersey Shore.  Geo worked at his family business, Keystone Folding Box in Newark, NJ then as a realtor for Childers and Sotheby in Lavallette, NJ.  He was a devoted father to Travis (Britney) Blindt.  Beloved grandfather “Papa G” to Heidi and Everett.  Dear brother to Judy Simon, Janet Lavigne and the late Barbara Gavin.  Cherished Uncle to Edward Gavin, Jane Campbell, Peter Gavin, Chad Lavigne and Judson Simon.   Son to the late Beatrice Louise (née Schrump) and George Edward Blindt Sr.

Geo was an avid surfer, skateboarder, sailor and yogi.  He embodied the spirit of the 60s and 70s by living his life carefree and full of love.  He enjoyed music, art, travel and his beloved dog, Maxwell Diamondhead Blindt.  Most of all he will be remembered for his love and devotion to his parents, son, siblings and grandchildren.

Services for Geo will be held by the family and announced at a later date.  In lieu of flowers, donations in his name may be made to Save Barnegat Bay, https://www.savebarnegatbay.org/donate/tribute-memorial-gifts/