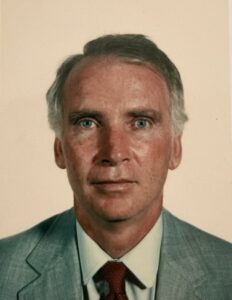 Leslie was born on July 8, 1934 in New York City. Growing up in Brooklyn, he lived with his parents, Murray and Rose, and his older sister, Elayne, on the corner of Washington Ave and Montgomery Street directly across from the Brooklyn Botanic Gardens. Ebbets Field was just around the corner and Les was fascinated with seeing the Brooklyn Dodgers on the field. His formative years were spent at Public School 241. Just a short trolley ride south, down famous Flatbush Avenue, was his high school, Erasmus Hall.

In the early 1950’s, Les left Brooklyn to attend college at the University of Illinois and then went on to Chicago Medical School where he graduated in 1959 with a specialty in cardiology. In Chicago, he met and married the love of his life, Rita Posen. They moved to Washington DC, where Les continued his post graduate training at DC General Hospital. Following his commission in the US Navy, Les spent the next five years at the US Naval Hospital in Philadelphia. Rita and Les settled down in Southern New Jersey to raise a family in Cherry Hill and then Haddonfield.

Leslie is survived by his wife, Rita, of 65 years, daughters Catherine Landrum and Carolyn Manchel (Robert) and son John Wiener (Marybeth), as well as six grandchildren, Emily and Paige Landrum, Alexandra and Leah Manchel and Ryan and Jack Wiener.